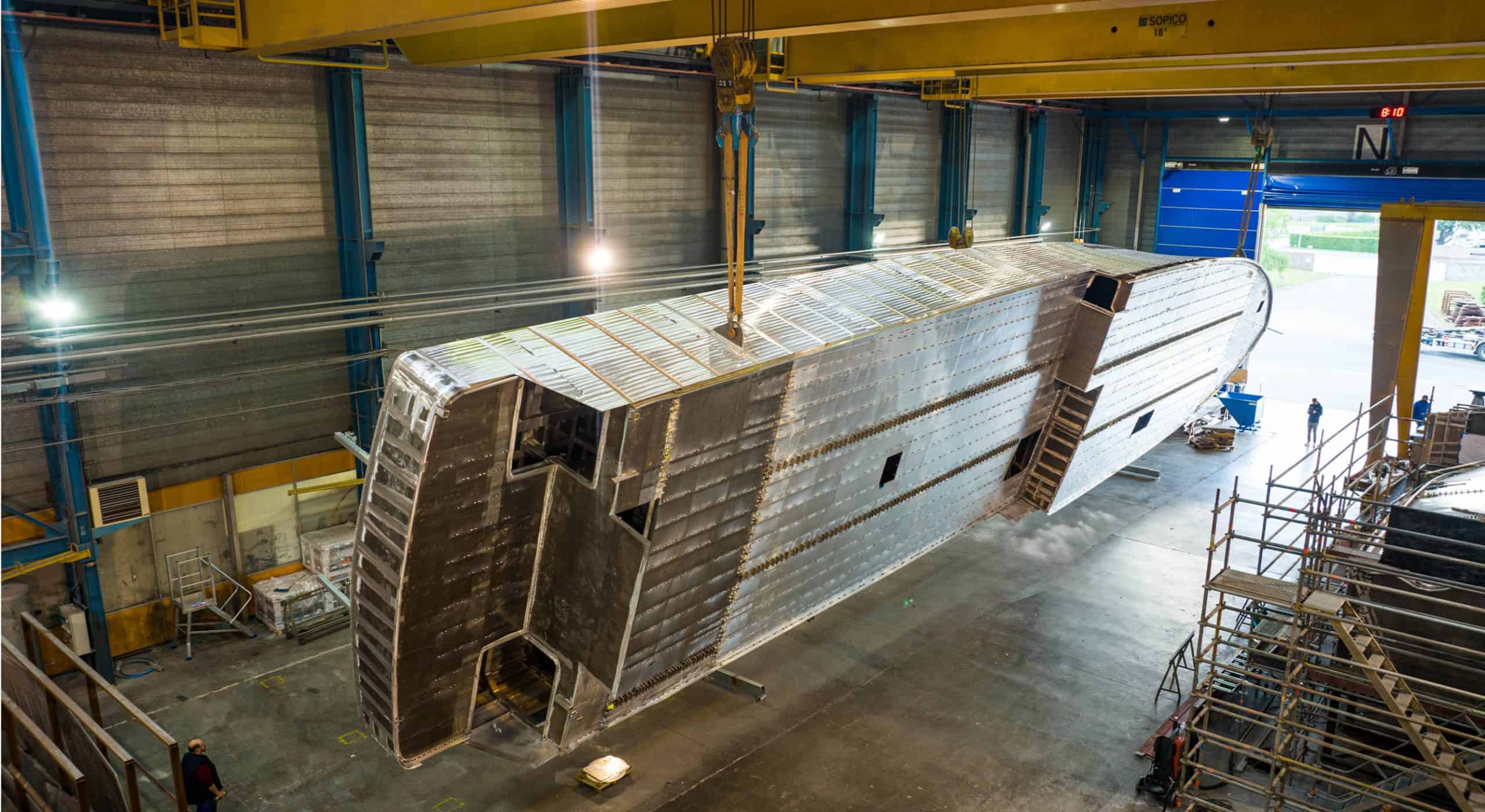 The construction of the next Ocea motor yacht continues. With the hull now at the Sables-d’Olonne site, we’d like to take the opportunity to explain how production at the shipyard is organized and the advantages this provides.

The Ocea shipyard has four production sites. Of course, there is the original site in Les Sables-d’Olonne, with its 8,000 m² workshop that was recently completely renovated. This modern yard, capable of accommodating vessels up to 90 meters in length, is entirely dedicated to outfitting, as are the sites in La Rochelle and Saint-Nazaire. In addition to these “maritime” locations on the Atlantic coast, the Ocea shipyard also has a workshop located in Fontenay-le-Comte, a little further inland. This site, dedicated to aluminium and metalwork, is where the hull of the Commuter 108 New was produced.

For the shipyard, there are multiple advantages. In Fontenay-le-Comte, there is a great deal more space available than on the coast, and Ocea was able to build a huge workshop of nearly 11,000 m² that practically doubles the production capacity. This means more slots available for outfitting, since each boat occupies a slot for only half of the time needed to build it. Above all, it means that production can start as soon as the order is signed, without waiting for a slot to become available. This is a key advantage when the market heats up and lead times get longer, as is currently the case.

For the Commuter 108 New, as for all other Ocea yachts, many of the elements were assembled in the Fontenay-le-Comte workshop, including the frames, partitions and longitudinals and the hull plating. The yacht was then turned over and transported to Ocea’s outfitting workshop by road as an oversized load. These two operations were carried out respectively at the end of April and in mid-May for this new yacht. The outfitting operations got under way immediately, with the assembly of the bulwarks, cutting of the door and window openings and installation of the lugs for the mooring components. In order to facilitate the work, the superstructure is being prepared on the ground before being installed on the hull later this summer.

This is a very important symbolic step, since it finalizes the silhouette of the boat. Delivery is still scheduled for Spring 2023, with the first journey planned for the following summer.