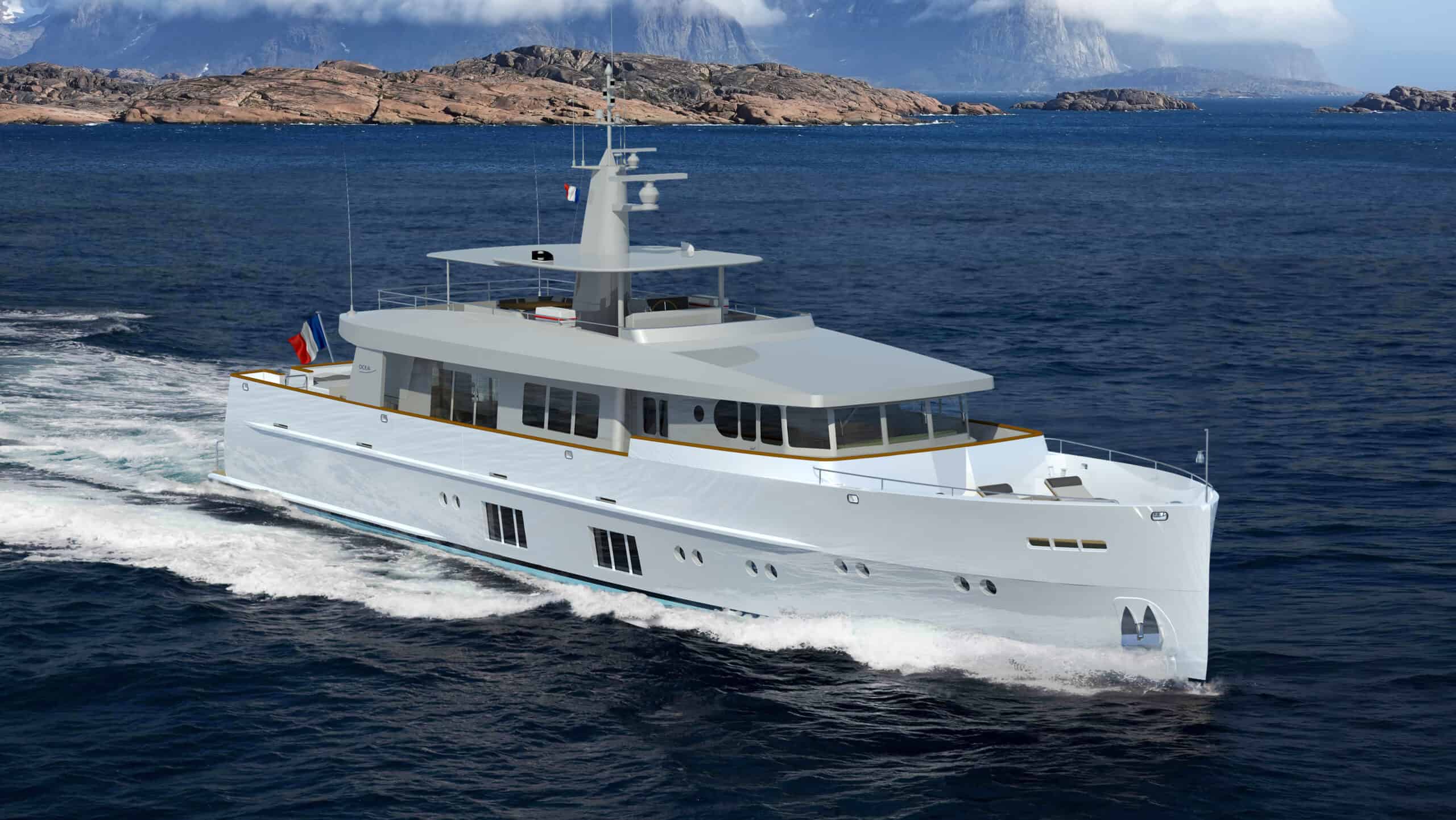 Ocea Commuter 33: the “little” yacht that can cruise far!

Ocea Commuter 33: the “little” yacht that can cruise far!

At 33 metres, this is the smallest of the Commuter family of yachts, but it still offers amenities comparable to those of larger yachts.

Designing a transoceanic yacht based on commuter boats designed for short trips on a river was no easy feat! The New York commuters in use at the beginning of the 20th century only crossed the East River, not the Pacific Ocean. However, one of the very first Ocea Commuters, Abely Wheeler, a 32.50-metre boat completed in 2004, has travelled around the world.

“These are totally unique yachts” says Eric Truphème, yacht broker at Ocean Independence. “They can cruise anywhere, over very long distances, in absolute safety.” The broker is very familiar with Ocea Commuters. He has twice sold the Paolyre, another Commuter of similar size delivered in 2008. With protected side decks for safe deck access, clear visibility from the wheelhouse for safe manoeuvring and a Portuguese bridge designed to cope with heavy seas, they exemplify the expertise of the Ocea shipyard. These yachts are extremely seaworthy, stable underway and capable of handling the roughest weather conditions. They are also easy to handle, even with a small crew.

Another great feature is their unique design, which departs from today’s trends. “Paolyre is quite spacious with its flybridge” says Eric Truphème. “The cabins, located on the lower deck, are modelled after those on sailing yachts, so our many customers who have sailing backgrounds feel right at home. Above all, the Commuters are for people who want to be out cruising!” These are yachts that are not afraid to go out when others prefer to stay in port waiting for better weather. Speed is another argument in favour of the Ocea Commuters. “With their semi-displacement aluminium hulls, which are lighter and ride higher in the water, they can comfortably cruise at 14 knots, whereas competing explorer yachts top out at 10 knots. This means that you’ll be on your way to adventure even faster!” The Commuter 33’s small size also allows it to navigate into tiny coves or small ports. And the optional ice class hull can also provide added peace of mind at a time when debris is becoming an increasing problem on the world’s oceans.

When updating the Commuter range, Ocea Yachts made a point of respecting the initial concept. “It was necessary to evolve while keeping the same spirit” says Eric Truphème. Mission accomplished! Ocea’s updated design still has a low profile, but the line is more refined, especially on the Commuter 33, which dispenses with an upper deck but can still cruise far!